﻿Most recently, my research has been mainly on the impacts of development aid on stability and violence, with a focus on Afghanistan. I also work on democratization in post-war settings, and more general on issues of peace- and state-building. I am also interested in studying organized violence (civil wars, insurgencies, inter-communal violence). In the late 90s I worked on the post-soviet wars, and I am still interested in post-soviet affairs, especially in  Russia, the Caucasus and in Central Asia.
​For on overview of my publications, see my google scholar profile here.
​. 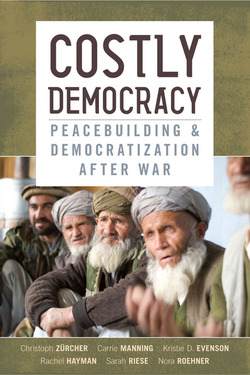 ​Peacebuilding is an interactive process that involves collaboration between peacebuilders and the victorious elites of a postwar society. While one of the most prominent assumptions of the peacebuilding literature asserts that the interests of domestic elites and peacebuilders coincide, Costly Democracycontends that they rarely align. It reveals that, while domestic elites in postwar societies may desire the resources that peacebuilders can bring, they are often less eager to adopt democracy, believing that democratic reforms may endanger their substantive interests. The book offers comparative analyses of recent cases of peacebuilding to deepen understanding of postwar democratization and better explain why peacebuildin 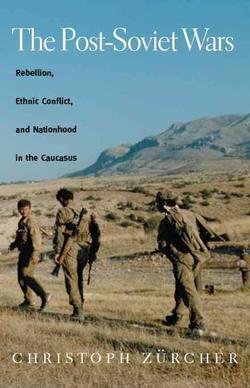 The Post-Soviet Wars is a comparative account of the organized violence in the Caucusus region, looking at four key areas: Chechnya, Armenia, Azerbaijan, Georgia, and Dagestan. Zurcher's goal is to understand the origin and nature of the violence in these regions, the response and suppression from the post-Soviet regime and the resulting outcomes, all with an eye toward understanding why some conflicts turned violent, whereas others not.
​ 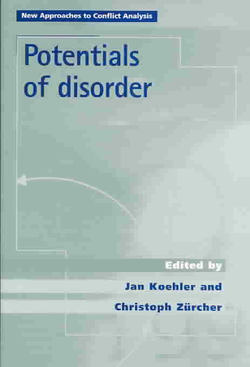 The Caucasus and the Balkan region are almost automatically associated with conflict and war. At the core of these struggles lies the quest for a new institutional relationship between territory, the state and ethnic groups. Both regions share a similar historical and institutional legacy which must be regarded as having paved the ground for a rise in ethno-nationalism. There is, as a result, wide potential for conflict in both regions. However, similar structural conditions do not always turn into violent conflicts. Rapid institutional change, as occuring in the former Yugoslavia and the former Soviet Union, can lead to new institutional arrangements on smaller scales - which may in turn provide stability in inter-group relations and border management. Therefore, it is of vital importance to the study of conflict analysis to identify what conditions foster new orders, and what factors, actors and institutions are necessary to create a stable equilibrium in intra- and inter-group conflicts. This book brings together a selection of case studies and theoretical approaches aimed at identifying the institutions which prevented or fostered escalation of conflict in the Caucasus and former Yugoslavia, and, will be of great benefit to students of these topics.​